The whole world is watching the political nightmare that surrounds Brazil right now, and as Brazilian cultural producers, we feel that it is our responsibility to make a stand with our events. Art can change society, and an artist that creates something that makes us see different aspects of our reality are the ones that really cause us goosebumps.

Criolo falls right into that category, and we’d like to invite you to come along and enjoy the ride.

Criolo's new concert is named after the song and video "Boca de Lobo" released in 2018. Even though the moment is polarised, Criolo returns to Rap to sing about this moment with purpose, not only for the sake of critics.

On stage, the singer brings a retrospective from his career, embracing every genre he's played with. On the setlist, there's "Etérea", a song to praise the Brazilian LGBTQIA+ community, and is also his first work with eletronic music.

Criolo also presents all of his biggest hits from different stages of his career, presented in a new format mixing instruments with electronic music in a way that speaks directly to the musical signature present throughout his career.

One of the biggest, if not the biggest, names in Brazilian Rap today, Criolo was recently nominated in two categories for the 2019 Latin Grammy;

Get ready to party! 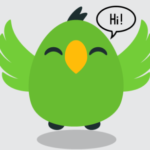